We are introducing something new called “Family Spotlight.”  This is simply a post for you to get to know one of the families we are helping a little better.  We are starting with the Reed family from California.  Enjoy! 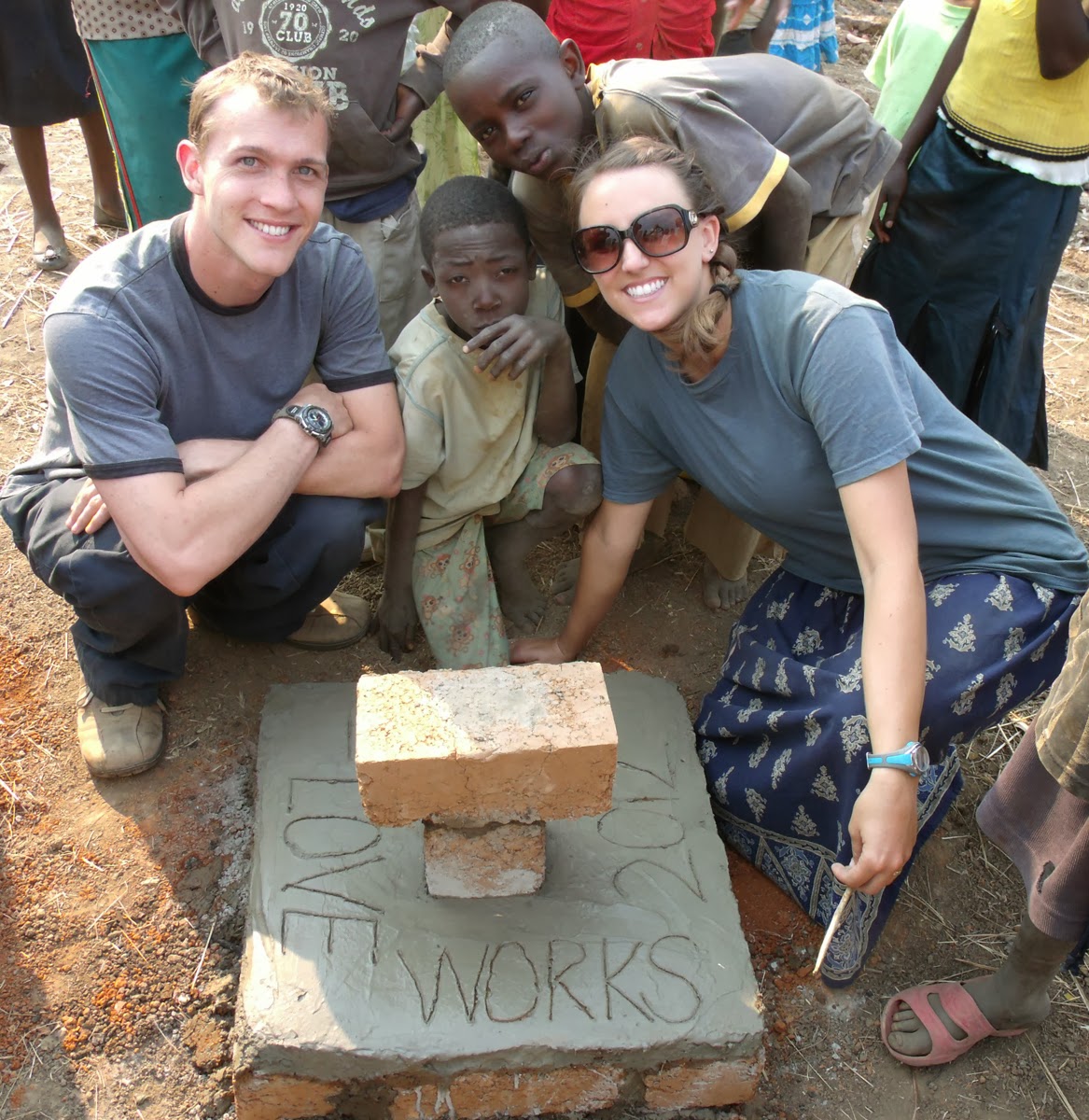 1. What is your name and where are you from?
Daniel and Sarah Reed.  Daniel was born in Washington state and raised in the San Francisco Bay Area, but really grew up in San Diego from early high school on.  Sarah is a born and bred, die-hard San Diegan.
2. What is your favorite place you have visited?
When we hit our 10 year dating Anniversary in 2009, we went on an amazing trip throughout northern Italy.  While Rome’s history was captivating, and Venice’s canals were iconic, Florence stole our hearts with its peaceful beauty.
3. What is your favorite movie?
So many to choose from…Daniel’s favorite is between “Big Fish” and the LOTR trilogy (for different reasons) and Sarah’s current choice has been “Couples Retreat.”
4. What is your favorite thing to do on a date?
Daniel loves trying out new and fun places to eat, and Sarah will humor him from time to time.  As long as it involves some time to chat and walk about before/after, we’re generally both happy.
5. What is your favorite sports team, if you have one?
We are really not sports people, which likely is partially due to our location.  We will dutifully cheer for the Padres and Chargers, but have no real expectation of any championships any time soon!
6. What is your favorite food?
Such a hard question (for Daniel)! The best I can do is pick a category: Asian cuisine.  Whether Thai, Japanese, Korean, Vietnamese, Chinese…these bold flavors just can’t be beat!  Sarah, on the other hand, is satisfied with a turkey and cheese sandwich or some steamed broccoli – though she’s also quite fond of our local Nepalese place.
7. What is your favorite book?
Since Daniel read the LOTR trilogy in early high school that has been his favorite, but more recently, he’s found “The Five Love Languages” and Terry Pratchett’s Discworld series to be quite good. Sarah is a Dickens fan with how thoroughly he describes things, bringing you right into the scene with the characters.
8. How did you meet your spouse?
We met through our church when we were 15 and 13.  Our first date was a Homecoming dance, and soon after, we began the 7 year countdown until we could get married.  Scoffers were proven wrong when they came to our wedding, 7 years later. 🙂
9. Who is someone you would like to meet someday and why?
As a special education teacher, Sarah would love to have met her inspiration, Anne Sulivan – Helen Keller’s teacher.  Daniel would like to have met either of his grandfathers to know a bit more of their stories.
10. When you were a kid, what did you want to be when you grew up?
Daniel wanted to be a football player from about 5th-9th grade – but his build didn’t quite agree with him! Sarah wanted to be a special education teacher nearly all her life.
11. If someone asked you to give them a random piece of advice, what would you tell them?
Learning how to love your mate in a Godly, self-sacrificing, grace-filled way is the key to a successful relationship and a satisfying life.
12. Have you ever tried sushi? Did you like it?
You kidding? We love sushi!  Ever tried guinea pig? Now there’s an animal that could put on another pound or two…
13. What are two of your favorite websites?
I’m convinced that the productivity of the modern world was reduced significantly when Youtube was released…nonetheless, Daniel is addicted.  Sarah is a big fan of Pinterest.
14. Do you have any updates on your adoption process?

Sadly, we were not able to proceed with the adoption of twin toddler boys whose referral we accepted in May.  While this was heartbreaking news, we know that God’s plan – for them and for us – will continue.  We are in the process of starting again with a new referral from the DR Congo.