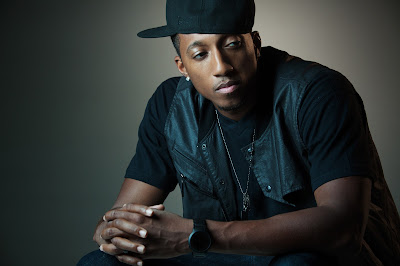 I am writing this post the day after Father’s Day. A day that was filled with words of affirmation, encouragement, and love from my wife and all of my kiddos. One of the things I try to teach my kids is to look at situations from a perspective that is not their own. You know the old idiom, “Put yourself in someone else’s shoes.” I began to think about the kids I know who are growing up without their father, an absent father, or any family for that matter. As I began to pray for these children and youth, I was reminded of a song by Lecrae called, “Was It Worth It?” This song has truly helped me “Put myself in someone else’s shoes.” I hope it does the same for you.

“Was It Worth It”
(feat. Derek Minor & Crystal Nicole)
On birthdays and Christmas I used to have you on my wishlist
Held my son the first time, looked him in his eye
And thought to myself, what kind of fool would ever miss this
I ain’t ask for you to sleep with mom and make me
Plus I’m your blood, why would you leave, what was so important
They told you smash broads roll up the weed
I guess that buzz got you high enough to float over me
I hope that every dollar that you made, every girl that you slave
When you close your eyes at night, I hope you say it’s all worth it
Every graduation, birthday, game that you missed
I hope what you got instead make you feel it’s all worth it
Being a, father’s expensive and it cost you may ignore
Just know man, your grandson is paying for it
Can’t ask myself what would dad do in hard times
‘Cus that that man he’ll be writing one of these rhymes
All these hearts that you broke, all these lies that you told
All this pain that you own, years all alone
Nights away from home, tell me
I hope it was worth it, was it worth it
Tell me was worth it, tell me was it really worth it
Listen, a lot of rap dudes never had a daddy
That’s why we want approval from Nas like he family
But, it ain’t just Jermaine, it’s Dre to the game
To the Birdman saying that he’s the father of Wayne, man
What happened to us better yet what didn’t happen
No happy family ‘cus daddy left me
Deep in this valley, of the Shadow of Death
I’m felling the breath of repetitiveness on my neck
Ate me alive while daddy was getting high
Trying to chase after something that I’m certain he’ll never find
When the whole time, he could have had my young mind
Somewhere along the line I guess he spent up all his time
Sent me this birthday card out of the blind, when I was nine
Inherited a bunch of of pain and some empty memories
Wishing that he picked me up from elementary
I wish he could have seen me on my graduation

Taught me he to raise the son, and told me congratulations