The Day I Age Out

I am so thankful for people like Bryan Tucker who can use film to tell a powerful story. This story is one we all need to hear and is the motivation behind Oasis. 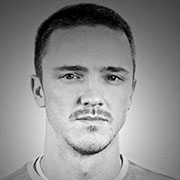 Bryan Tucker is a freelance producer and documentary filmmaker based in Seattle. His first feature-length documentary film, Closure, secured national cable broadcast distribution, regional broadcast distribution on KCTS 9’s “Reel NW” series and is available on Netflix, iTunes and Amazon VOD. Bryan works with a variety of freelance clients in the Pacific Northwest and beyond, and seeks out projects that elevate marginalized voices and address social justice issues.

“The Day I Age Out” is a three-part series that follows two foster youths as they age out of Washington State’s extended foster care system. Here are a few quotes to wet your appetite.

“All the resources that I had, I won’t have those resources anymore. They just kind of shut down…. As soon as I turn 21, it’s all gone.” – Mykell

“All of these emotions inside… I just didn’t know what to do. Seventeen years of not having parents and not knowing if I have any parents — and then all of a sudden they just show up out of nowhere. That’s hard.” – Corey

The Day I Age Out
Part One: Aging Out of Foster Care
Part Two: Fostering Independence
Part Three: Finding Home